Open Mind and Success in market.

It was about nine years back that I met Manmohan Desai. Bald headed with a white beard, the man had a smile that I will never forget. Starting at nine in the morning, Desai is at the trading terminal until half past three in the evening. I saw him all amped up during rising stock prices and all tensed and gloomy amidst falling prices. He never took a trading day off and each day, just about five minutes was what he spent to have his lunch. He never took advice from anyone, neither did I see him making preparations for trades. Desai lost money almost every single day. 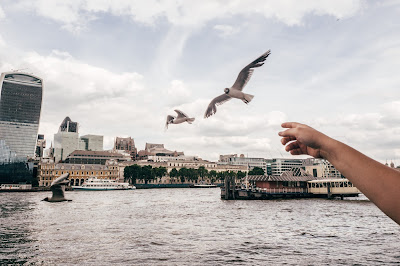 “Why don’t you stop trading?” Everybody including his wife and son would ask him.
“Nothing’s right about this. I mean it’s a force of tamas. I would say, nobody should get into this. I am just one of those who got trapped in this mess. Looking at the terminal terrifies me now!” He repeatedly told;but never stopped trading.
In real life, I would call Desai a good businessman. But he did not look at the stock market as an investment vehicle. For him it was just another way to pass his time.
“In the stock market, sometimes you make it and sometimes you don’t. Apparently, I can’t make a dime any time! Haha.” He would laugh.
Why was Manmohan desai always losing money?
The first reason was that he looked at it with a gambling mindset. He never researched stocks. Apart from the name, he knew nothing about the stocks he bought. Annual and quarterly reports almost did not exist to him. Once when I asked him about looking at the balance sheet, profit and loss statement, etc., this is what he told me, “Oh that’s all a waste of time!”

Another reason was that he never cared to look at the market shares of companies or even their products for that matter. Desai didn’t use any kind of charts, neither candlestick nor line. In the end, as he said, the sight of a trading terminal terrified him.
An open and positive attitude is what’s common about everybody who tasted success in the stock market. Invest in companies making consistent profits. If a company accumulating losses, it is going to be reflected in its stock price. The company we choose to invest in should have grown continuously in the past five years. Look for figures like the total revenues, net profit and liabilities and compare them over the years. This is how even mutual funds and foreign investors invest in the market.
Over the last two decades, most of the diversified equity funds have grown at a rate higher than that of the Sensex. Remember that it’s in the same market that many individual investors try to make profit with minimum preparation.
The stock market is not for people like Manmohan desai. It’s for the intelligent investors who take the time to research and execute trades based on strong conviction.