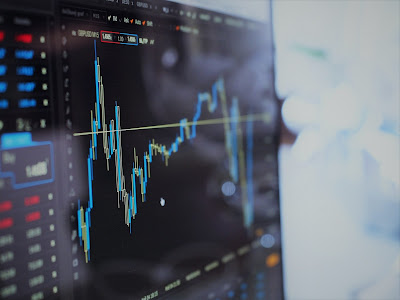 The year 2017 was bullish for the Indian stock markets, though economy was in a bumpy road.Market has survived hard times of  impetuous demonetization and initial errors of goods and services tax.Continuous economic reforms have taken its toll on the economy all throughout the year. Nonetheless, experts have the strong conviction that in the long term, this hard ride will pay off. These reforms, aimed at curbing the menace of black money and better taxation, are expected to meet those goals by FY19.
The GDP growth rate in Q1FY18 and Q2FY18 are 5.7% and 6.3% respectively. Clearly we see recovery from the temporary uncertainties throughout the year, although this has also been attributed to unclear tax regulations and other GST glitches. The companies increased production and replenished stocks after the GST rollout, starting July 1st. Most of them also felt the need to empty out their inventories before the bill came to force, resulting in lot of discounted sales in June. This stock clearance is what brought about a pull-back in the economy in Q1FY18 and a subsequent GDP growth rate of 5.7%.
Our government had focused on the infrastructure throughout, meaning a growing market is underway. Both urban and rural consumption has risen over the year. The manufacturing that grew by 12% in Q1FY18, only grew by 7% in FY12. The mining sector grew by 5.5% in Q2. The real estate is still hung over due to effects of demonetization new GST regulations. The farming sector grew by 1.7% in Q2 and by 2.3% in Q1.
PSU bank stocks revived fast after the announcement of bank recapitalisation plan. The banking sector is expected to find growth in the near future owing to the reforms in National Bankruptcy Code, which will enable them to acquire their debt back faster.The stock market expects higher inflow from domestic investors, owing to lesser investment opportunities elsewhere due to demonetization and GST rollout. The mutual fund industry have seen better fund flow than previous years  by educating the retail investors and that inflow helped to surpass the sell-off from foreign institutional investors.
Foreign Direct Investment regulations have been reformed by Consolidated FDI Policy 2017.Now, companies can attain FDI easier than before with faster processing owing to lesser levels of bureaucracy. Liberalisation by permitting 100% FDI in key sectors such as Pharma, Defence  and Broadcasting created confidence in business environment.New policy revised the threshold for FDI in single brand retailing,civil aviation, manufacturing and non-banking financial services. Startups have also been made eligible for FDI through convertible instruments.
On November 17th, the acclaimed Moody’s Investors Service upgraded India’s credit rating from Baa3 to Baa2. This event restored faith in the market for participants who had a hard time throughout the year. The upgraded rating is an indicator of the ease of starting a business and succeeding in the country. This has given hope to investors, both foreign and at home, along with aspiring entrepreneurs. Earlier in May, Moody’s predicts a growth of 7.5 % for FY18 and 7.7% for FY19, with 7.1% being the growth rate in FY17. Despite the confusion caused in the country due to demonetization, the organization said that that the negative effects were limited.
GST rates have been cut in the past months and The GST Council Meeting on 10th November moved more than 170 items from the 28% tax bracket to the 18% bracket. Other tax bracket shifts form 18% to 12% were also decided upon.After all these, the Nifty is at 10,100 levels and sensex is  at 33,000 levels on December 13th, showing a consolidation in the market.Market participants are still worried about the commotion due on the day of Gujarat election results. Investors in the long term need not worry as the economy as a whole is recovering and election results, or any other such events for that matter, may not affect the market for long.